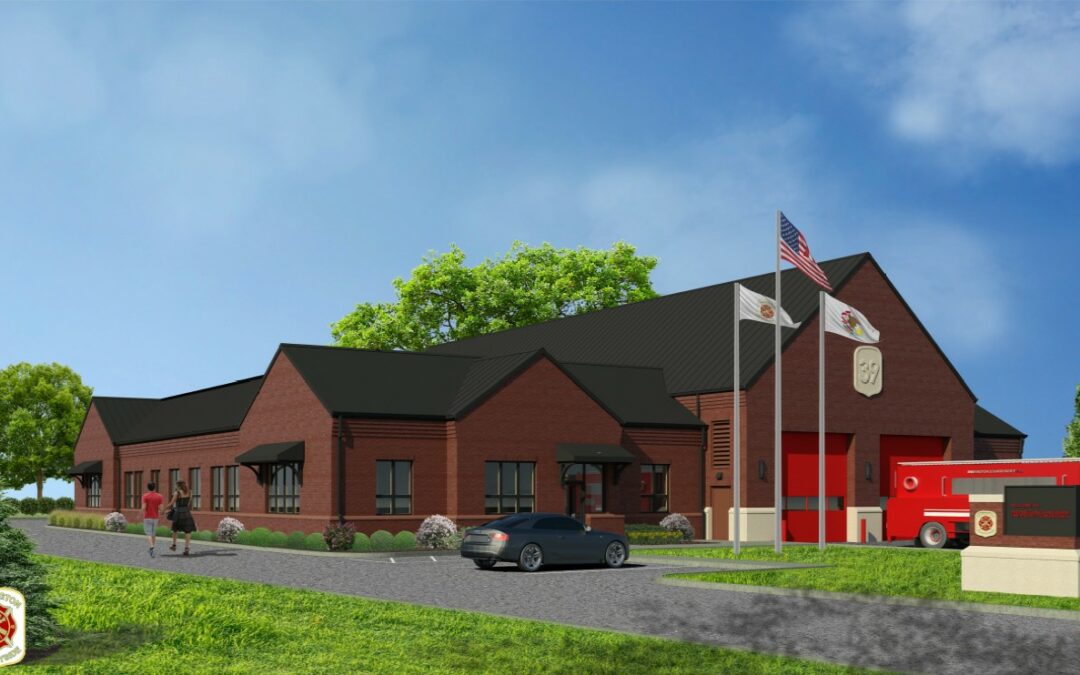 BCFPD officials in late May broke ceremonial ground on a new fire station that will significantly improve emergency response times to residents and businesses throughout the District’s 48 square mile jurisdiction when it becomes operational early next year.

The new station, to be designated Station 39, will be built on a five-acre parcel of District-owned property at 1004 S. Hough Street, in unincorporated Cook County. It will complement the District’s two current stations, which are located at 120 West Algonquin Road, Barrington Hills (Station 37) and 22222 North Pepper Road, Lake Barrington (Station 38).

The groundbreaking ceremony took place at Station 38 to better accommodate nearly 50 guests who were in attendance.

‘Seven Years in the Making’

“Today is a very exciting and important day; one that is seven years in the making,” Chief Kreher explained during brief introductory remarks. “We take another step closer to realizing our vision for three fire stations that will improve delivery of fire and emergency medical assistance to all we serve.”

When operational, Station 39 will enable the BCFPD to achieve nationally recognized standards of fire service excellence: the ability to respond to more than 90% of all emergency calls throughout the District in six minutes or less.

“Our goals as an organization are to provide timely emergency responses to all we serve, and to equip our professionals with the resources to safely and effectively provide those services,” BCFPD President Keith Hanson explained. “Station 39 will help us achieve both these objectives.”

“Saving lives and property requires prompt action by firefighter/paramedics in close proximity to the location of an emergency,” Dr. Long added.

Station 39’s location will also help reduce insurance premiums paid by many residents and businesses – particularly those who reside in the eastern sections of the fire district – due to its geographic proximity.

The BCFPD’s long-term planning efforts and a commitment to fiscal discipline means that the District will build and staff Station 39 without having to raise taxes on the residents who fund its operations.

BCFPD partners on the Station 39 project include Chicago-based Studio 222 Architects and Pepper Construction, Lake Zurich, chosen by the Board to serve as primary contractor/project manager.